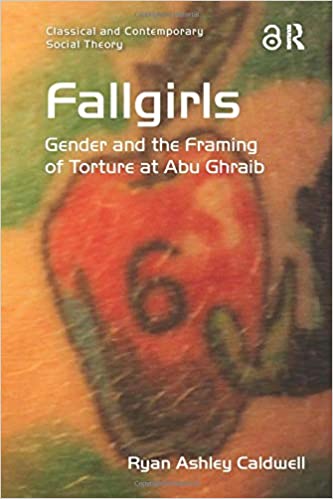 Fallgirls provides an analysis of the abuses that took place at Abu Ghraib in terms of social theory, gender and power, based on first-hand participant-observations of the courts-martials of Lynndie England and Sabrina Harman. This book examines the trials themselves, including interactions with soldiers and defense teams, documents pertaining to the courts-martials, US government reports and photographs from Abu Ghraib, in order to challenge the view that the abuses were carried out at the hands of a few rogue soldiers.

With a focus on gender and sexuality as prominent aspects of the abuses themselves, as well as the ways in which they were portrayed and tried, Fallgirls engages with modern feminist thought and contemporary social theory in order to analyse the manner in which the abuses were framed, whilst also exploring the various lived realities of Abu Ghraib by both prisoners and soldiers alike. Providing a unique perspective and a thorough theoretical examination of the events, their framing and depiction, this book will be of interest to sociologists, feminists, and social and political theorists concerned with cultural studies, political communication and gender and sexuality.