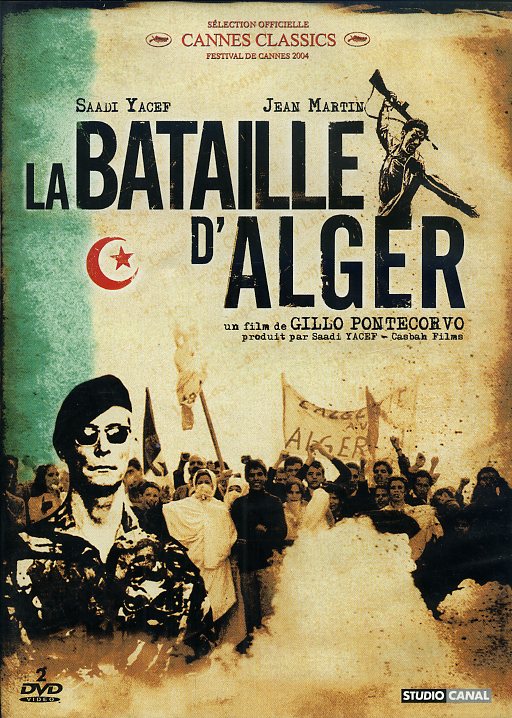 This iconic war epic, widely recognised as one of the most influential political films of all time, transports viewers into a watershed period of the French colonisation of Algeria. The film is an intense, gritty reconstruction of revolutionary events that occurred in the Algerian capital between 1954 and 1957, when Algeria's National Liberation Front (FLN) called for independence from France and began violent armed resistance in its battle to throw off the occupying power. The French responded by attempting to put down the insurrection using through any means available, including systematic repression of the Arab population of Algiers, and assassination or capture of the FLN's membership.

The film opens with a torture scene and goes on to depict the gruesome incidents from the war, which includes atrocities by the Algerian National Liberation Front guerilla insurgency and the French counterinsurgency. Portraying summary executions, bombings, and indiscriminate violence in urban settings, The Battle of Algiers was screened by the US military in 2003 during the early stages of the war in Iraq to show how to win a battle and lose a war of ideas.

September 29, 2016 | LOS ANGELES TIMES
Once banned, ‘Battle of Algiers’’ smart, compassionate take on terror and rebellion resonates today
May 11, 2007 | THE GUARDIAN
The Battle of Algiers
Previous
Next
SHARE